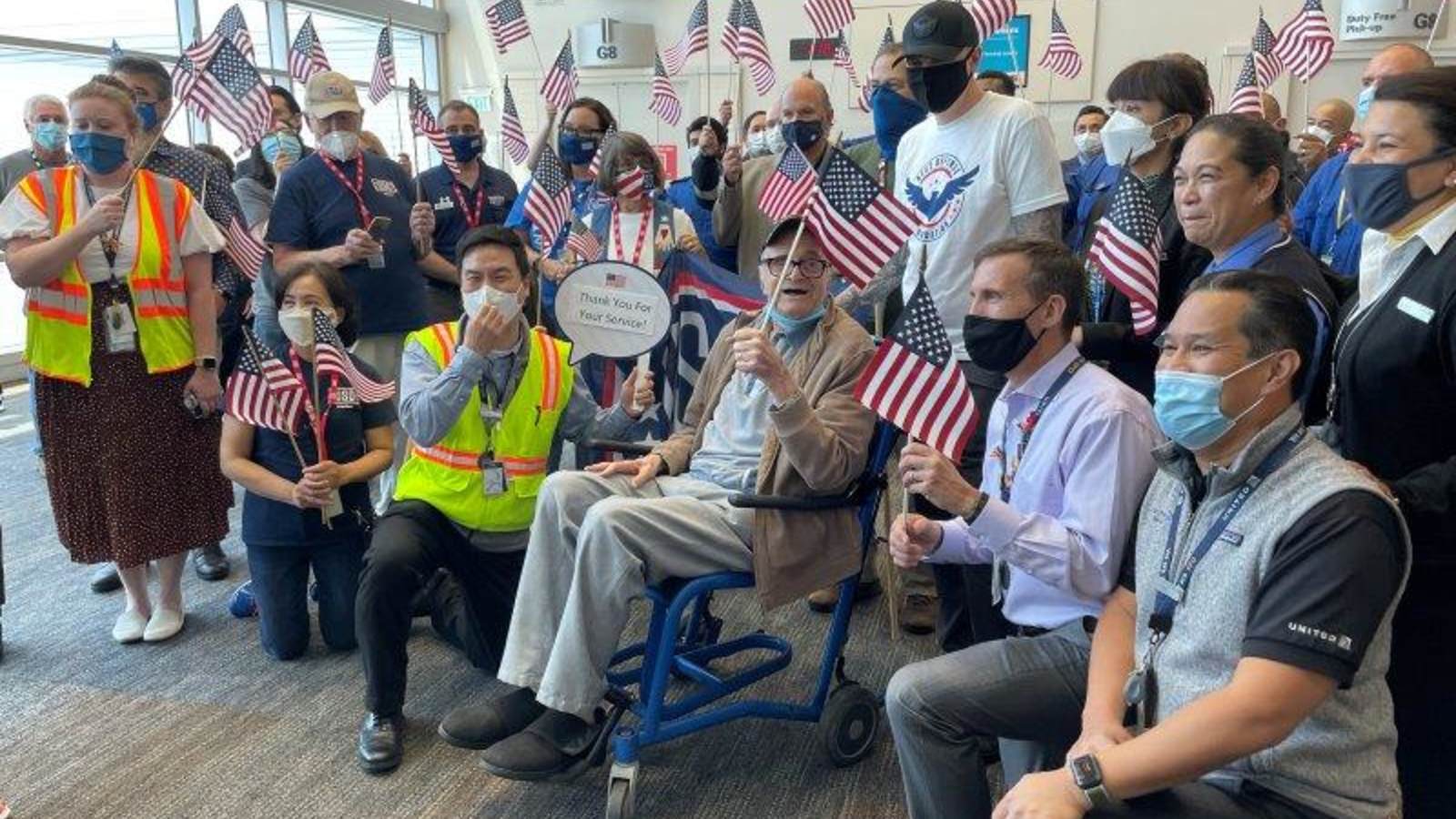 Paul is a Stockton Holocaust survivor who helped decode, analyze German documents during WWII. He was just 15 years old when he and his Jewish family slipped out of Nazi Germany, arriving in America in 1938. When he tried to join the military at 19, he was rejected as an “enemy alien”.

Eventually he was drafted and was sent to what was known as Camp Ritchie at the Military Intelligence Training Center in Maryland. There, his job was to learn all he could about German military. It was a place where they were training American soldiers, mostly Jewish and German, speaking to interrogate the prisoners of war that we were planning to take when we got to Normandy.

One of the German military documents he analyzed led to the discovery that Hitler had placed officers as spies within his own military. It came after a failed coup attempt and assassination of Hitler.

Mr. Fairbrooks thanked USO staff and said he spent all his free time at the USO doing the jitterbug while he was overseas. He loves the USO and everything that it stands for, and that the volunteers are fantastic.